that banana is too ripe for my taste

leonard published 10 years ago in not me, Uncategorized. 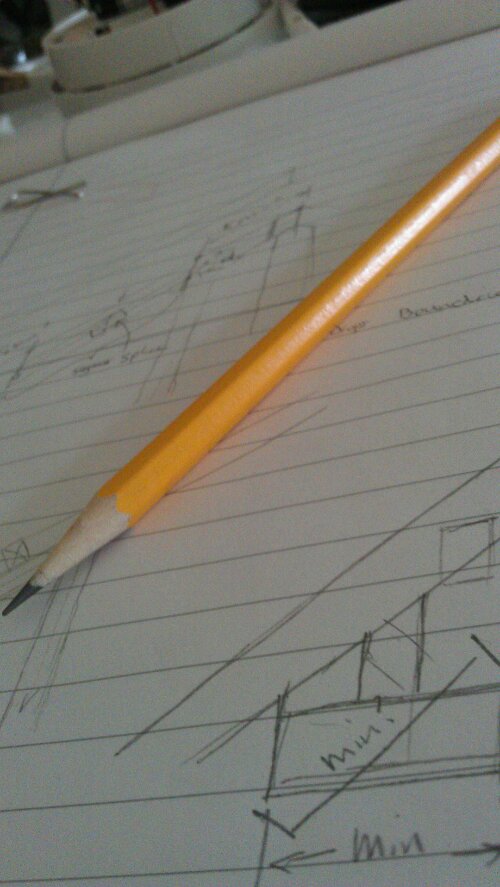 in my world of denial i drive to work with my mountain bike mounted to the top of my car. i wear torn jeans, i sport a shaved head and i have a modest tattoo of a bicycle on my forearm. i don’t work in a bike shop, or medical marijuana dispensary… nor am i heading there. on this particular day i am heading to the software company in boulder colorado where i work. i am a software engineer. i show up to meetings with my ipad, i use instant messenger to communicate…and i can never find a pen.

dave drives a stock 1990 honda civic with a manual five speed transmission. it’s a rather plain car with almost no personality to it what so ever. in fact the lack of personalization actually makes this car unmistakably dave’s. although dave is a quite opinionated person, he has resisted the temptation to clutter his back bumper with his ideals. he saves his opinion for those who care enough to engage.

on several occasions before work i have witnessed dave sitting in his car with the windows rolled up, listening to classical music. he will just sit there patiently waiting for the song to end. As soon as it ends, he promptly shuts off the radio, unbuckles his seat belt and gets out of the car. i’m not sure if he waits because it’s his favorite song, or he just waits because it would be rude otherwise.

dave loves the dilbert comic strip. he will often tear out a page from the calendar and walk around the office showing people. he’ll hand you the comic strip and sit there smiling and chuckling until you “get it”. it’s a little known fact, but dave actually sends letters to Scott Adams with suggestions for new characters loosely based on actual people i work with.

deep-well chords and button-up shirts are the only things i’ve seen dave wear. sometimes he wears long sleeves sometimes short.. but never a t-shirt. dave is 70 years old and is considered to be quite cynical and somewhat snobby by most people… but these same people will also tell you that he is such a nice guy. i am one of “these” people. i used to be very intimidated by dave. he had one of the largest cubes in the building and a chalk board full of symbols, lines, and angles used express algorithms relevant to his ideas. he reminds me of professors that i’ve had in school, not just one professor, but a compilation of every teacher or professor. i don’t remember for sure, but i think dave has a degree or two in structural engineering and in math.

the other day as i was walking into the office i saw dave meandering about the front doorway.

i said “good morning dave” as i passed him.

he said, “leo, i need to talk to you.” he proceeded followed me to my desk.

he was carrying around a piece of paper and a notebook. besides comic strips, dave also like to print out interesting email so he can share them with people, so i figured he was looking to talk. dave walks kind of slowly these days, so i slowed down the pace so we could get there at more or less the same time. we finally got to my desk and pulled out a chair so he could sit down.

it turned out that dave actually had a real work related conversation for me. he wanted to explain some new functionality he was trying to implement. the piece of paper he was carrying around was a printout of some mechanical detail drawing with some additions he had made in pencil. actually everything was so straight and perfect you could hardly tell they were hand drawn.

he then took out a small piece of plain white paper, and reached into his shirt pocket and pulled out a wooden yellow pencil sharpened to a very fine point. it’s funny that i never noticed before, but he always carries at least three finely sharpened wooden pencils, point up in his pocket. i guess it fit so naturally in his character that it never stood out.

he started drawing this very complicated connection scheme that was to represent an actual wooden joint used in light construction. after nearly finishing his drawing he found something wrong with one of his original lines. “i drew this bearing too thick, it should be thinner than the blocking…” he turned his yellow pencil around and erased the line with the red eraser. lightly dusting off the eraser dust, he continued his drawing.

after finishing his drawing he started explaining it to me. as he was pointing out key areas in his drawing with his yellow pencil, he interrupted himself and said, “wait, let me use red”…

without looking he put his yellow pencil back in his shirt pocket and pulled out a red colored pencil. just before he started to draw something, he held it up in front of his eyes, i guess to make sure it was sharp enough. and yes, it was just as sharp as the other pencil! he drew some more stuff on the paper red … and when he was done, it looked like a little piece of art.

we finished our conversation and dave got up out of the chair. just as he was leaving he looked on my desk and said, “that banana is too ripe for my taste” … then walked away.

leonard published 13 years ago in not me, Uncategorized.

2
so lately i’ve been feeling insecure about my blog, and i checked the stats of my blog.  i wanted to know the demographics of my “audience.” so as far as i can tell i only have a few readers per day.  kind of depressing actually, when you consider all the people in the world who have internet.  i do get some random hits per day from people who google for things that happen to hit some words on my website.   my blog has a feature where i can see the search key that the googler used to find my site.  lots of people looking for bike parts, trails  etc…

once, some jokster [i think he was related to me] used the search term, “stupid websites like ex-cyclist.com” :(

the search word that got my attention the other day was “gram of weed”!  why does my blog show up on pot related queries? i guess since i am writing about it now, it will show up on future queries.  i was kind of curious about this so i googled the same thing.  i went as far as 15 pages and still my blog didn’t show up.   how persistent was this person, to go beyond 15 pages.  i hardly ever go past 4.   so now i guess i have to add another category…”pot smoking”

oh, another search term that comes up regularly is  “naked cycling” [w/o quotes] wtf?  i don’t know why my blog is so high on the list.

leonard published 14 years ago in ex-cycling, not me.

0
here are some more pictures from the boulder cup.

i’m not sure who everyone in the picture is….. however; if you look to the left [#55] with the pink socks and single speed, is no other than my hero travis brown.

live shot of todd wells over the first barrier.

and now over the second.

wow is that “the” chris horner?

1
i went out to the boulder cup cyclocross race this weekend. i didn’t race although i was tempted to jump into the cat 4 race. it was a very good idea that i didn’t think that for too long. i would have had my ass handed to me in a pannier. i’ve been so anti-racing for a few years now… just watching these guys kind of triggered something in me. i think i want to race again. i’m going to look around for a slow-fatso-race somewhere and see if i can enter. i wish they had a cat 5 or cat 6 cyclocross race.

here is a video from the race. it’s os todd wells bunny hopping over the barriers. he was the only one that was able to do this. it was really amazing to watch.

0
i almost forgot that i am a unicyclist. it’s been so long since i rode, maybe over a month. last night my son showed me this new youtube video. this guy is riding a koker 36″ uni around ny. pretty crazy. i’ve ridden one of them before and they go really fast. also, the big wheel makes it hard to turn quickly. so enjoy…

there is a message in this…

i’ve been looking for a new career…

1
and i think i just found it! this is perhaps the coolest video i’ve ever seen on youtube.

0
here is another video about the same bike “gang”. there is a guy in boulder that makes tall bikes… i wonder if he’s in the gang… hmm.

0
it’s funny, think that i’m “into” biking but man these guys are for real. there is a new indie film b.i.k.e. that is a documentary about these guys that call themselves “black label “. i should try to start a chapter here in loveland.

0
i love watching this. as i was listening to this video, i couldn’t help but notice that one of the commentators sounds a lot like al troutwig [pretty sure it is]. this guy has been covering the tour for over 20 years! they must pay him to act like a newbie these days so phil paul and bob all seem like experts. come to think of it i remember watching the tour de france as kid and john tesh, was one of the commentators. maybe i’m wrong and the guy i hear in the video is actually john…. hmm. does anyone know?