0
well… today was the long awaited “bike to work” day in colorado.  i ride my bike quite regularly to work, so it would have been anticlimactic if i just rode my bike.  so this year i decided to ride my big wheeled unicycle.  this is the same one i rode on earth day, but this time i was determined to ride to and from work.

to make a long story short…. i did it, and it was difficult.

so what’s in store next year?

i took my new 25 y/o bianchi out this past sunday for a big adventure. i rode down to hall ranch, rode the trail then rode home. the bike performed wonderfully, except for all the flats. i couldn’t tell what was going on till the third flat. then i noticed that the stupid cheapo rim tape i had bought, without thinking, had slipped to one side letting the spoke holes expose themselves to the tube. this caused the tube to rub against the sharp edges and pop.

i had taken my bike off roading before but not to hall ranch. i like taking my touring bike there because everyone seem to think it’s for mountain bikes only. i can probably do more on my touring bike than 90% of the people out on the trail. i got lots of comments this day.

here is a brief run down of what this bike has:

0
..where the bathroom is. they might get their feelings hurt. but you know…. sometimes you just gotta know. last night i went to see the presidents of the united states of america with a couple of guys from work and my 11 year old. i brought my 11 y/o because he has never been to a concert, so i wanted to be the first one to take him. this was at the gothic theatre in denver. probably not the worst part of denver, but i definitely wasn’t in loveland anymore. at one of the stop lights i even did one of those “office space” door lockings. you know, where you see someone kind of weird looking walking buy, and you don’t want to lock the door in front of them, so you reach under your left arm and press the lock button.

anyway, we got near the gothic and my kid has to go really badly. in retrospect he shouldn’t of had all those drinks on the drive over. of course the only parking is street parking, and we had to park 5 blocks away. this must have been killing him. finally we get to the front of the place and there is a big line. i try distracting him with talk about …you know anything but fluid related stories. we finally get in the place and some really nice looking girls are giving out beer samples. i loose focus immediately. wow, beer….”thank you”. then i stop flirting i look down and my kid …”oh yeah bathroom” … back on focus.

i looked around and everyone looks busy, except for these emo-looking people behind the counter selling concert swag. there was a girl and really skinny guy just standing there talking to each other.. i approached them and asked if they could direct me to the mens room. they looked at each other and kind of laughed, then the guy said that there is one there and that he thinks there is one upstairs. i thanked him.. and my kid bolted off.

as it turned out those kind people that directed me and my child to the men’s room were in fact the opening band!

It will kill you

leonard published 14 years ago in from the road. 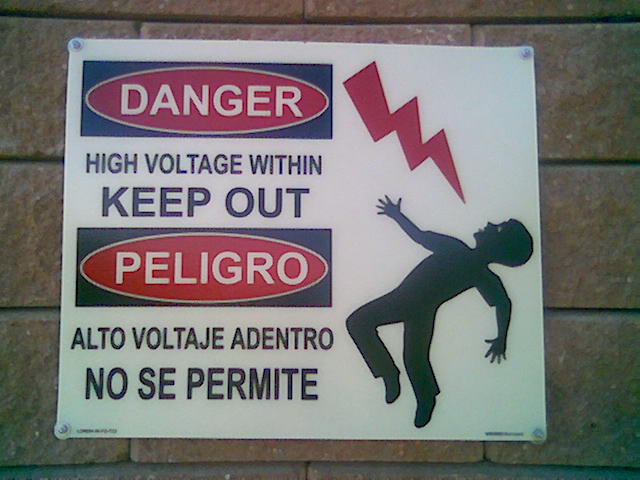 my bike is lookin’ pretty good…

1
lately i’ve been experimenting with fancy coffee related drinks. a long time ago, i used to just drink regular ol’ lattes then the over sweetened vanilla lattes. it wasn’t long before i started having my barista limit the amount of vanilla syrup.

then a magical thing happened a few years back in california, my friend turned me on to the wondrous green tea latte. one sip of that and i never looked back. it wasn’t long before i started customizing it with the amount of green stuff. some days, i like it sweeter than others so i’ll have my barista put more or less green in it [what ever the green stuff is, it also doubles as the sweetener]. so there it was my “almost favorite” coffee drink.

one day, it came to me… a divine manifestation that to this day has improved my quality of life at least one notch. i was ordering my gtl [green tea latte], when right at the very end of my order, i asked my barista if she could put a shot of espresso in it. she paused for a moment, then said hesitantly, “um…ok”. she didn’t sound too confident, so i ask, “can you really do that for me?”. then she said, “i can do anything you want”, at that point i think she may have been flirting with me… but that’s another story. so she carried out my request, and when i took a sip… i could not believe how freakin’ good this drink was. it still has the sweetness of the green tea, but then it has an edge to it, that kicks you like any hard core coffee drink should.

i went to a starbucks [sb] and waited in this annoying line of giggling women. i don’t usually go to this shop, but it didn’t seem any different than the other starbucks. the only thing different from my usual sb, was this really aggressive barista. she was trying to get ahead of the cashier by taking orders of the people standing in line. i always hate that, because i just want to chill in line and say my order, in a normal voice, when i get to the counter. i was put into a situation where i had to order my gtl while yelling…. if you know the ex-cyclist, you will know that the ex-cyclist doesn’t like to talk very loudly. so i had to clarify my order several times…then she ask what kind of green tea i wanted, “we have the ..blah blah blah green tea, or the zen green tea… or the one that taste exactly like the other two green tea…”. so i was pretty confused, since i usually just ask for a green tea latte. i went with the flow, and asked for the “zen”. …only i had to ask for it twice since my voice kind of cracked and she couldn’t hear me. i was really curious, i didn’t know i could specify the type of green tea to put in my latte. i always thought it was just syrup. i was watching her make it, and saw her get some hot water, then she dropped a tea bag in it, then poured in a shot of espresso! that couldn’t be my drink, i ordered a latte. … i guess people order the weirdest things.

turned out it was my drink! i don’t know how she figured out i wanted that. i don’t even know how she thought it was the least bit drinkable. it tasted like lawn grass in mud…with a hint of mint. i don’t know when the mint was added to the equation, but it really was not the time or place for mint. i could not even handle one sip! by far the worst drink i ever put in my mouth… and that is saying a lot [egg nogg, camping water…tab, etc.]. the only good thing about this is that i gained one infinitely valuable experience to take with me in life.