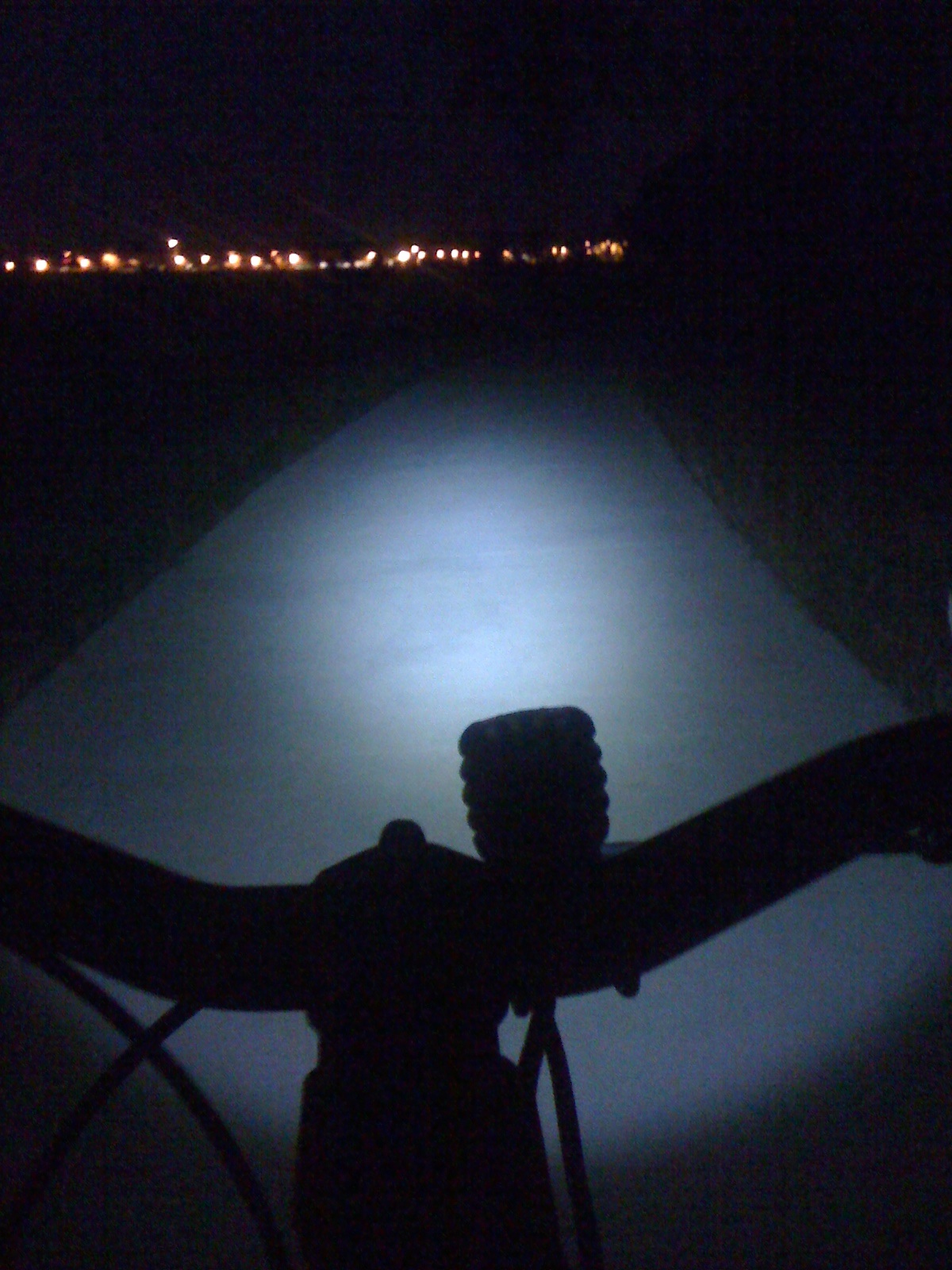 now that fall is officially here i have to start worrying about a lot more things when i commute.  in the good old days of summer i mostly had to worry about packing my essential work clothes….shoes, socks, underwear, pants, shirt, and wallet.  with the exception of pants, think i have forgotten at least one of those items on the list on more than one occasion.  nothing like walking around the office all day in a retro “once” cycling jersey.  admittedly it was a little awkward and embarrassing, but it was actually kind of convenient. i carried around my pen, notepad, and cell phone in the back pockets for most of the day.  socially, that was probably the worst of all things to forget… god forbid i should ever forget to pack pants.  i would hate to walk around the office in padded cycling shorts… probably get slapped with a harassment lawsuit, get fired and have to explain to the judge what “really” happened.  also, it used to freak me out when i forgot to pack underwear…i think i was over reacting because recently i learning that my teenagers go commando all the time, i don’t ask why…but i don’t care so much.  it’s not like high school where i’m standing up in front of my coworkers and the office-jock decides that it would be funny to “pants” me.  anyway those days are over i hope.

now that fall is here, i not only have to worry about my clothing, but i have to worry about the weather and lights.  the weather is not so bad, it’s just that it can change drastically within eight hours. it can go from very very cold in the morning to very hot in the evening… and the worse part is when the weather goes from warm to cold.  those are the days when i really dread the ride home.  it’s usually dark, i’m under-dressed… and my support crew has the night off, or something.  anyway, i’m probably too stubborn to call it off and get a ride home.  it never fails,there is always someone at the office, who insists that i get a ride from them, they can’t understand why i don’t just take the ride already… but i have to explain how demented i am, and that i have absolutely no other choice but to ride home underprepared.

note: the absence of light problems usually occurs when i forget to pack my light, or when i forget to charge my battery at work.  by the way i don’t risk lighting problems….i may be an idiot but i’m not stupid!  haha…

so the other day it was my birthday and i got a new commuter light from my family.  they knew exactly which one i wanted because i had emailed them a link before my birthday.  just to make sure there was no confusion, i went ahead and ordered it as well.  i even brought it in from the mail box when it arrived.  after i opened it up and i made sure they all got to see the birthday present that they bought me. i couldn’t wait to ride home the next day.

the only problem with trying out the new light was that it didn’t get dark soon enough. this time of year it gets dark around 7:30.  i usually get out of work at 5:30.  so i decided to work two extra hours.  it was ok, i think i won some respect from my coworkers. “hey leo, working late huh?” ….me: “yeah, i just want to finish up some stuff here, you have a good evening…. he he”  a little after 7 i suited up, packed my stuff and out the door i went…

i forgot to pack my tail light, but i had my old flashy headlight with me, so i just mounted it on the seat post and pointed it backward.  as i rode it wasn’t completely dark so my headlight wasn’t too impressive.  as it got darker and darker the peripheral scenery slowly faded away and i could feel my mind sharpening as i just concentrated on what was in front of me.  each curve of the path brought a slight rush of adrenaline as i had no idea what was around the corner.  i stuck to the right as much as i could just in case there was someone on the path coming the other way.  as i exited the gravel path and pulled on to the shoulder of the county road, i could see my beautiful little light light-up the road paint.

there was a closed road up ahead, so the traffic was non existent, i could ride in the middle of the road if i wanted. in fact i did ride in the middle of the road after i passed the barriers.  i felt like i was flying through the darkness i could hear almost nothing but the rumbling of my tires as i zoomed through the empty county road.   it wasn’t long before i was on the concrete bike path.  the path was really dark and curvy but not as open as the gravel path earlier.  even if someone did have a light i wouldn’t be able to see them until they were 10 feet in front of me.  so i slowed it way down….and it’s a good thing i did because there were lots of people out walking their dogs.

people really forget that they are out on a shared path sometimes.  they often walk with their dogs on one side of the path while they are on the other.  they just assume that no matter what time of day, they are the only ones on the path… oh yeah and who needs reflective gear?  it got to be kind of annoying after a while trying to see people, i kept thinking i saw someone, and slowed down, but it turned out to be a shadow….. bleh.

anyway, wear something reflective or light colored please, and for the love of god stay to the right!!!

i made it back to my car and felt a bit energized.  the first night ride of the season is always a blast.  i just love it.  i actually always enjoy it just a little bit even on the bad days.  i don’t really enjoy all of the logistics that fall and winter commuting bring but i get used to it, and before long it becomes fun too.