1
i usually don’t like to spend the whole day out doing my stuff, but if i start early enough, i might be back before noon. right at dawn was my goal. this is probably around 5:30am. i made a sandwich, packed my new tube, and patches and before i knew it i was leaving the house at 7…. i don’t know what happened.

the first stop was the devil’s back bone. this was only about an 8 mile road ride from my house to the trail head. nothing eventful really happened, except that i found out that my rear hub was loose. too bad i didn’t bring my cone wrenches, all i had was one small cresent wrench…would have worked out perfectly if i had at least two. i managed to get it hand tight, and probably good enough. i rode the trail from the back bone trail head all the way to fort collins. there was some fairly technical mountain bike stuff along the way, but my touring bike managed just fine. 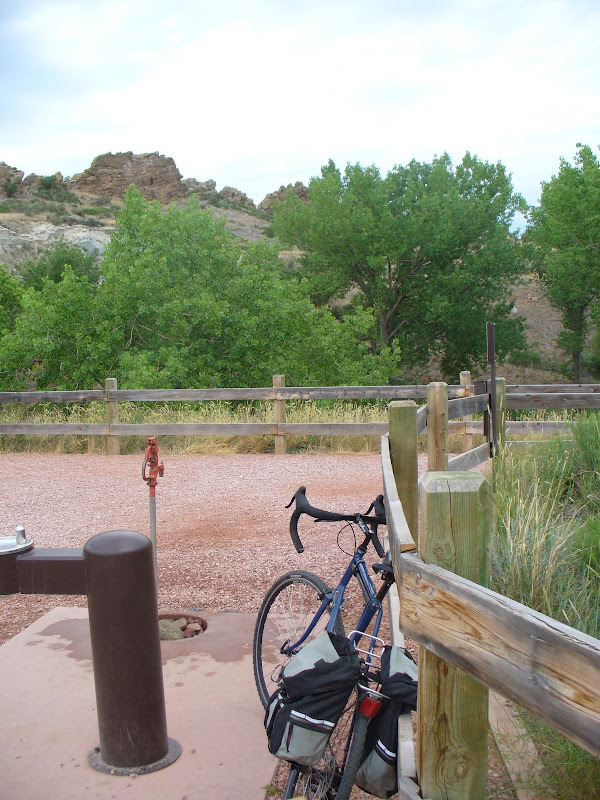 when i got to fort collins, i rode out to the south end of horse tooth res. i wasn’t really tired or hungry, but i ended up eating this instant tuna sandwich and some gatoraid. this was really a difficult sandwich to put down, because it was just bag tuna and whole wheat bread. i was just sitting there chomping on it when a really low flying ww2 plane came by. 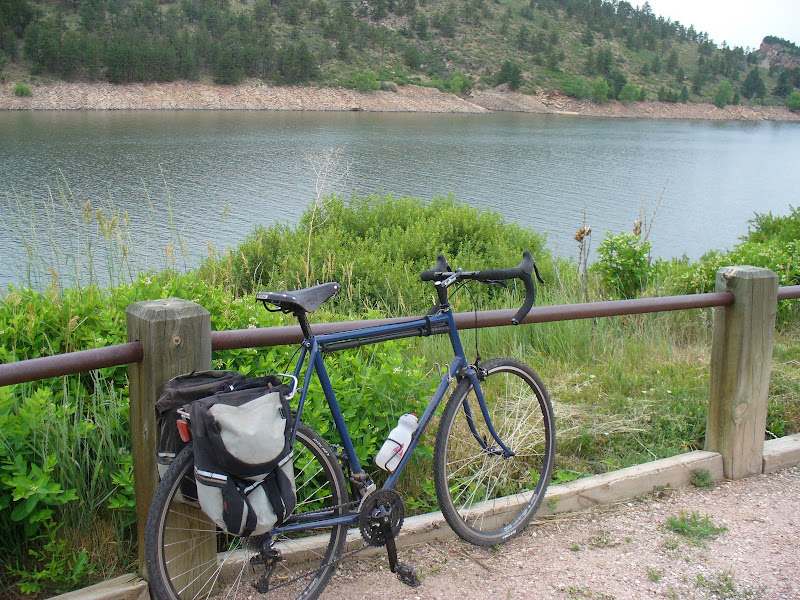 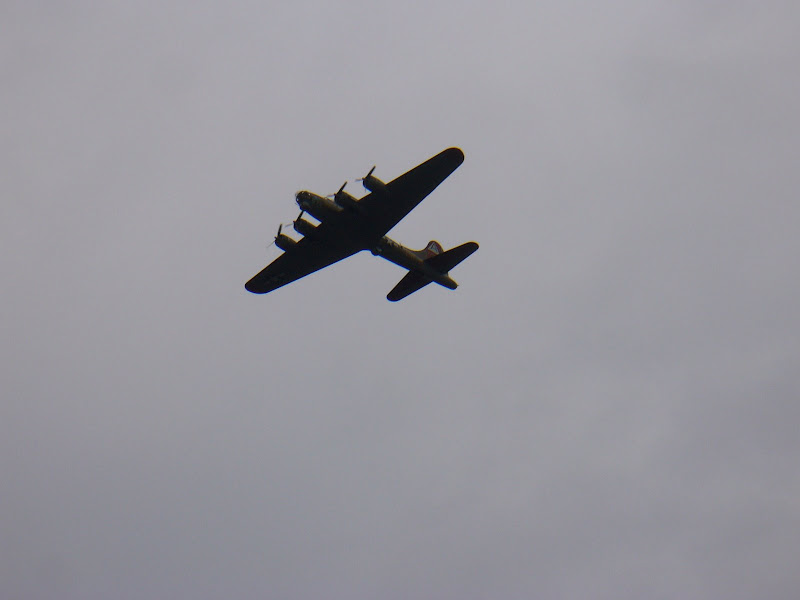 as i was sitting there relaxing eating my tuna, watching the plane…. a good friend of mine happened to be riding by and saw me sitting there. we talked for almost an hour before packing it up and parting our ways. this guy is in such good shape, that after talking with him, i always feel like a 90 year old fat guy wait for rigamortis.

my plan was to ride around horse tooth to the town of bellvue and up rist canyon. 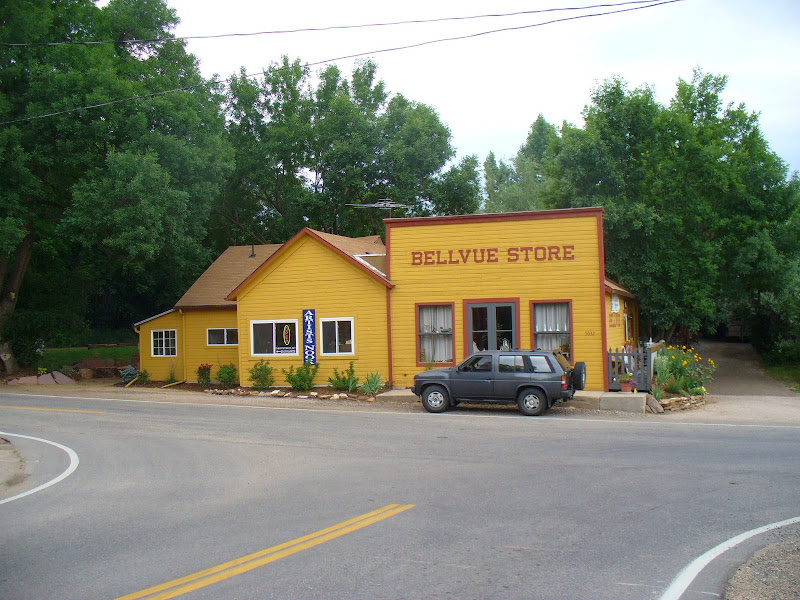 the rid up rist canyon was pretty uneventful. lots of slow gradual hill at the start. 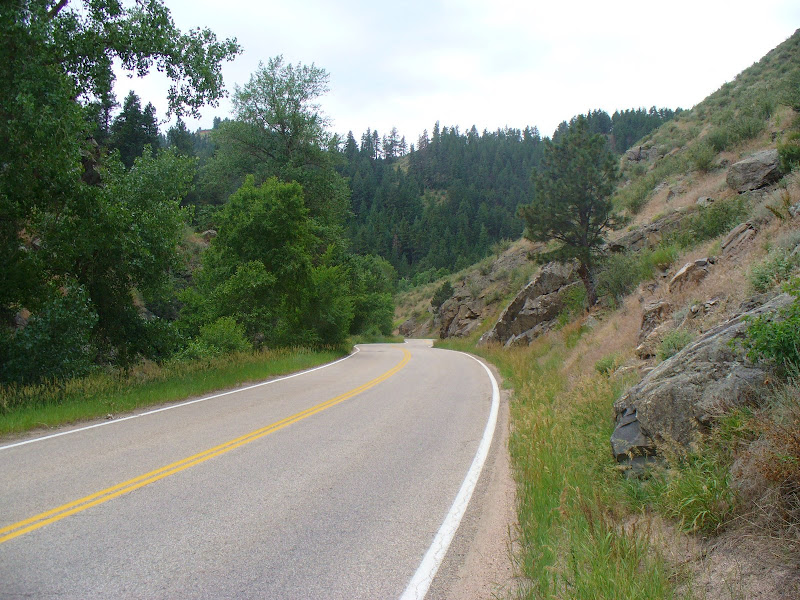 this rode basically went on for infinity. only it gradually got steeper and steeper with fewer flat spots. i was getting a little worried, because i had no idea where i was, and i had already been fool by two false summits. i didn’t know where i was but it sure was pretty. 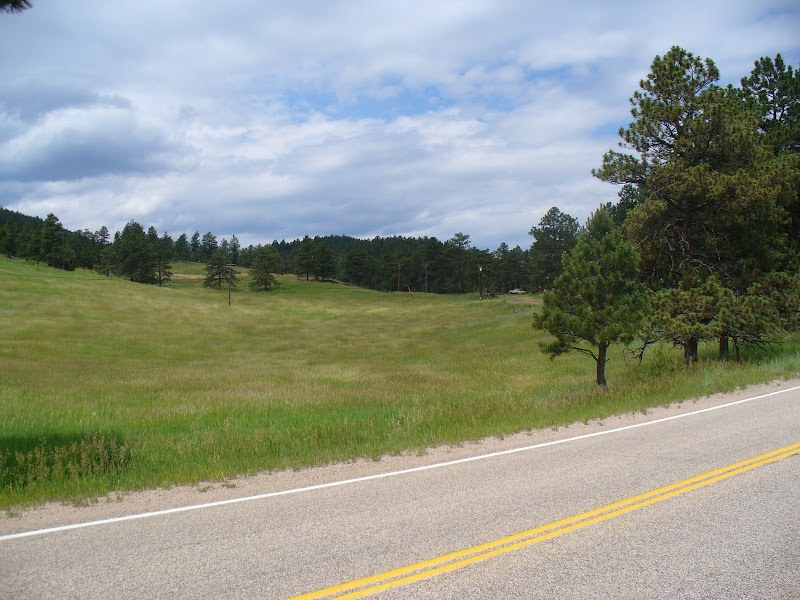 how did this whale get up here? 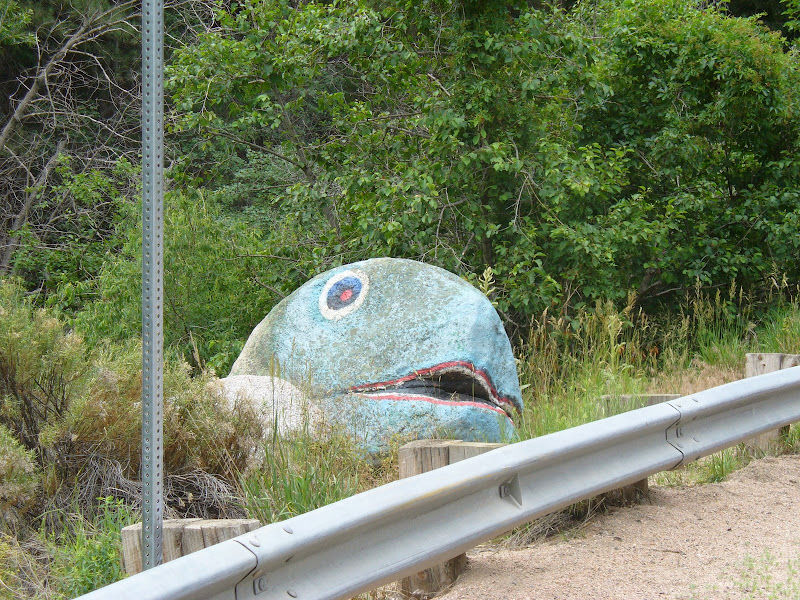 i finally got to the summit, but i didn’t take any pictures, because i thought there was more climbing to be done… i was wrong. going down toward stove prairie was even prettier. 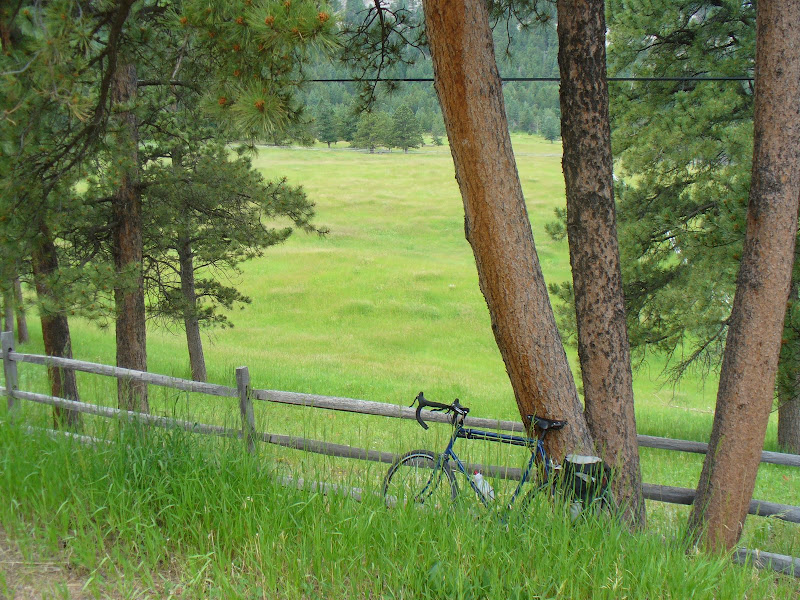 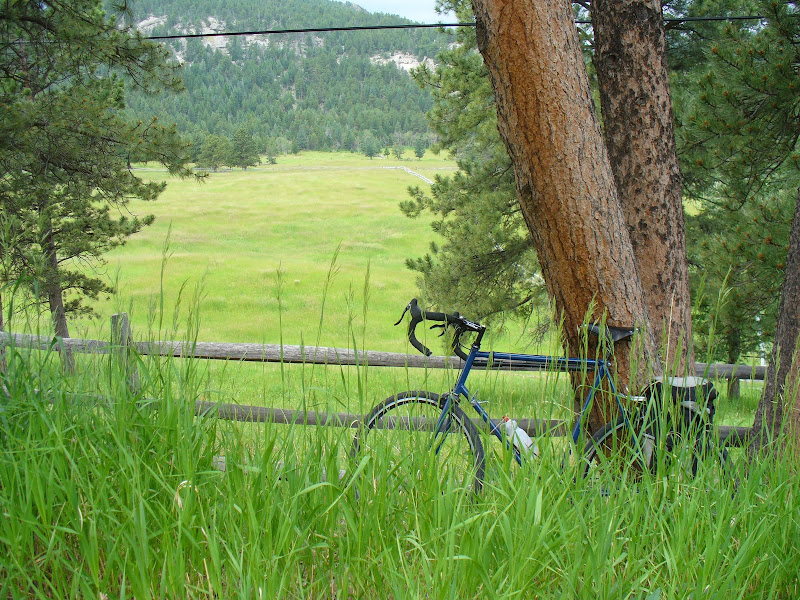 after finally getting to stove prairie, it started to rain on me just a tad. it wasn’t too bad and everything looked so nice i had to stop and take a picture. 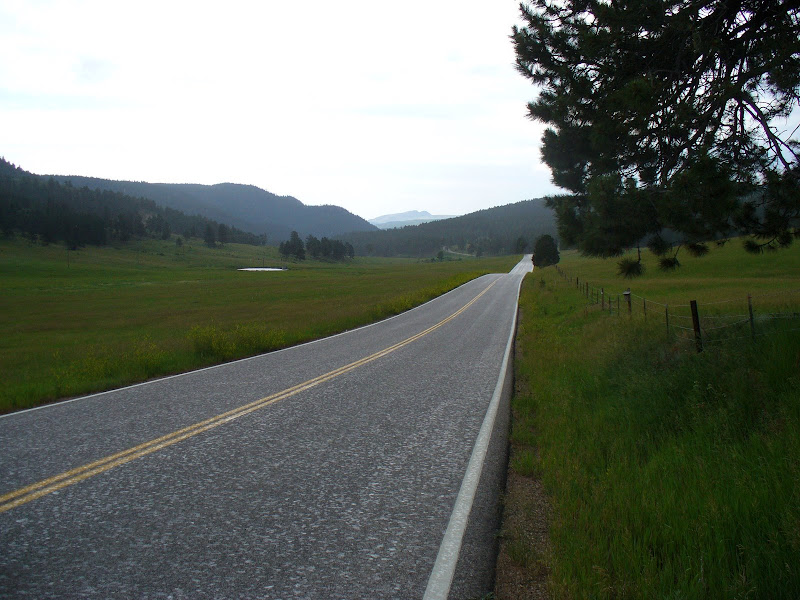 right after i got through taking this little gem, it started raining pretty hard. the next 20 miles or so i spent putting on my rain cover, and then taking it off, then putting it back on….etc.

so at the end of the day i traveled: