leonard published 10 years ago in Cheap meldonium in Puerto Rico.

0
first of all, the beagle diet is probably not what you think.  i am not eating beagles, or anything resembling beagles.  in case your second guess was that i am eating the same food as my beagle; you are wrong again. 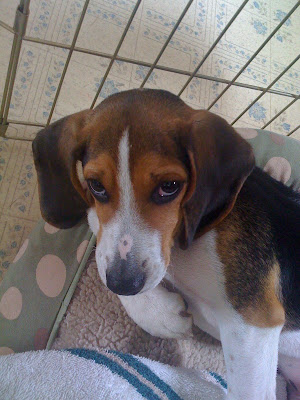 not too long ago we added a beagle [ziggy] to our family. he has been an awesome dog so far.  he lives in the house with us.  since we got him in the winter it seemed kind of cruel to keep him out side, besides he was only 6 weeks old.  we keep in this little play pen near the kitchen.  from there he can see almost everything that is going on around the house.  when ever someone wakes up, goes to sleep, comes home, leaves…ziggy is right there.   he can see me right now when i am typing this post.  actually he is not watching me right at the moment, because i guess he got bored some time ago and now he’s sleeping.  so basically ziggy is in the “watch tower” type position in the house.

another cool thing about ziggy is that he has this beautiful howl that he got from his ancestors.  the howl can be heard from across a field, it’s meant to let someone know that he is “on to” something.  the thing that is not so cool about his howl is that when he’s in his “watch tower” he’s “on to” everything!  when he howls in the house you can’t hear anything.  in fact you can see the glass on the windows vibrating, even our fish act a little weird during the howling episodes.

ziggy always seems hungry.  at least he always wants to eat.  back in the old days when ever he saw someone eating he would stare at you until you got uncomfortable and left.  me however, i didn’t like to leave and besides, what’s a little corn chip going to hurt?  now, whenever someone eats around him he stares at them as usual… but when i eat he’s “on to” it.   i can no longer eat in peace.  i try to eat when he’s sleeping, or when someone has him outside.  everybody yells at him to “shut up” but he knows that if he gets inside my head i will break down and give him some of my food.

so i guess by now you have a pretty good idea of what the beagle diet is.  i hardly snack anymore when i am at home.  saturdays and sundays used to be my big grazing days and also the one day a week when i would work from home.  now i hardly eat anything, i only eat when he eats. and as a result i have lost 8 pounds!