0
i started following lance armstrong’s tweets this year mostly because he was going to race the tour and i wanted the have the heads up on everything that was going on before and after the stages.  i was not disappointed.  lance is one of the most prolific tweeters around. he tweets first thing in the morning… right before bed,  he retweets articles, pictures, videos.  i’m never bored.  anyway right after the tour he went on vacation in the bahamas, then returned to aspen colorado to train for the leadville 100.

he had been doing the usual posts telling what ride he did, who he’s having beers with, then on a thursday [not remember the date] he posted that he was going to do a mountain states cup race at snowmass in aspen! i thought about it for a little bit, then decided that i would take the family and drive up to aspen race in the same race as lance armstrong, and have my family take a bunch of pictures of lance while i was at the back of the race making sure there was no one behind me. the family was on board and agreed to the 3and a half hour drive to aspen on saturday morning.

to make a long story short it took almost 4 and a half hours to get there.  i was 30 minutes late for the start of the race, and wasn’t about to try to jump in.   it’s kind of funny, because that morning i was really nervous about racing. i hadn’t raced for years and i wasn’t in shape…yadda yadda, yadda.  as we got closer and closer to aspen i started to realize that i was not going to make it.  when it became official that i was not going to make it, i started to really want to race.  i started to think in my mind that i was ready and i was going to do well…danm it!   when i got the race, 30 minutes late, and got to take a look at the area between laps. it was really long steep uphill fire road that went right through the base of the skii area.  there was no place to hide no where to back out, and no where for me to look good.  i was so happy i didn’t race.  my whole attitude changed, i went from grumpy asshole, to mr. sunshine in a blink of an eye.

so i got some pictures of lance: 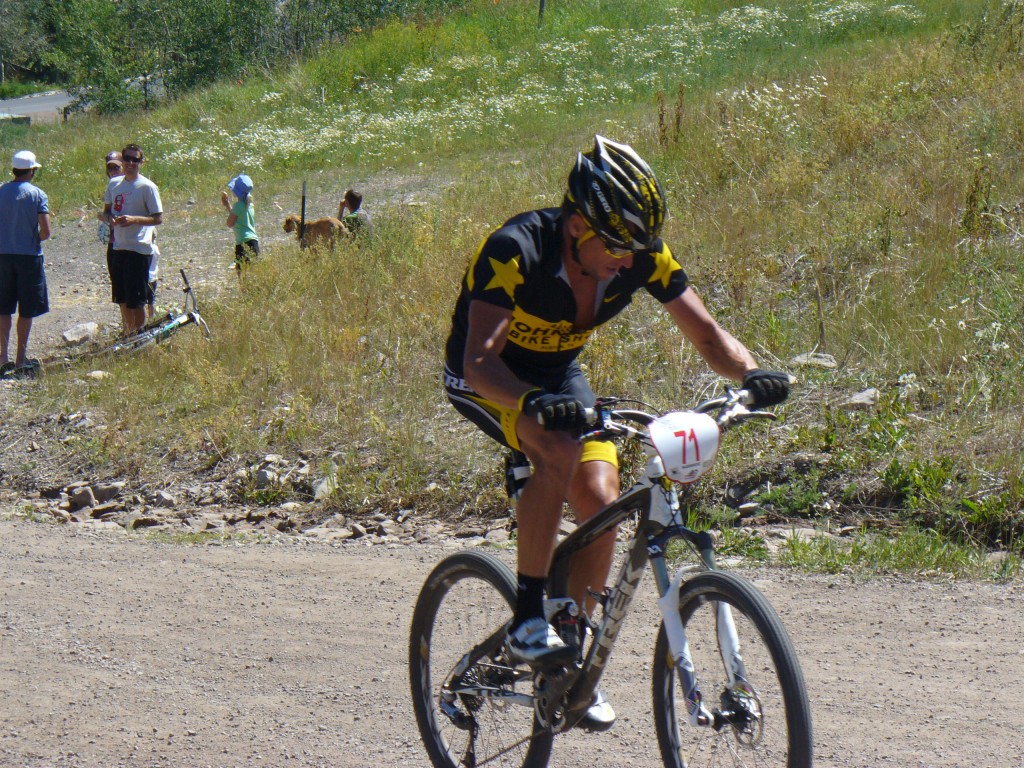 lance after the first lap 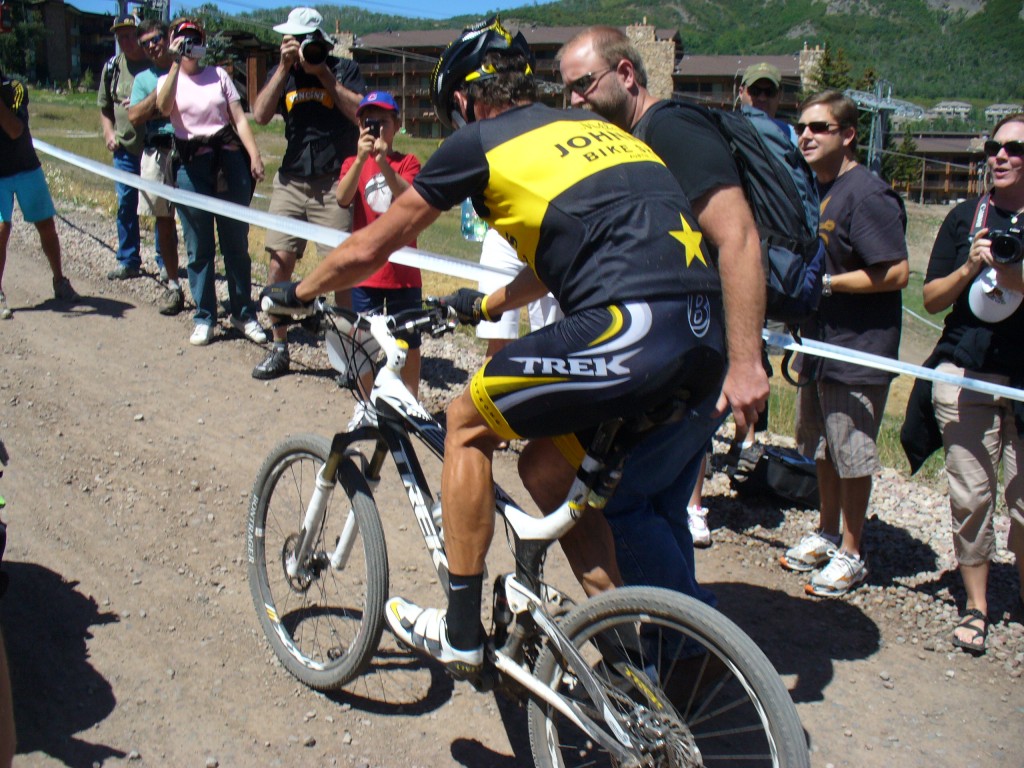 so it was an awesome day for me.  i didn’t even mind driving 4+ hours each way to stay for 2hours in aspen.